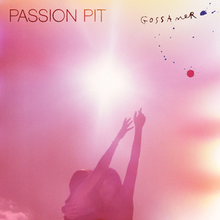 In an August 2010 interview with the NME, Angelakos stated that work had already begun on the follow-up to Manners, and that the band intended to release the album in the spring of 2011. “It’s gonna be a really fantastic, exciting, beautiful, gorgeous record. An absolutely beautiful record. I’m so excited”, he said. The album’s title was announced on April 24, 2012, along with its release date of July 23, 2012.